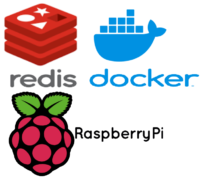 Happy New Year!. Time for the first post of 2020. Have been wanting to write a post on raspberry pi and Redis for some time now. Finally, here it is. I also added docker to the mix of things just to make it interesting. Just to make sure you do need an internet connection.

To get all this going I used a Raspberry Pi 3 Model B Quad Core CPU 1.2 GHz 1 GB RAM, so it is about 4 years old hardware. It uses Raspbian Stretch distribution is also an upgrade from Raspbian Jessie. The upgrade is pretty simple though it took a few hours.

Below is a Raspberry PI which I used for this blog entry. As you can see it has been well-loved 😉

I have divided the entry into three parts

To get started just open the terminal session and install docker. You can install it using the command below

It should result in the following output. See Below

You see a familiar screen below. If you have reached this point.

With our docker running. Its time to pull a Redis image from hub.docker.com. Below is the command

Below is the screen once the image has been pulled onto the Raspberry PI.

You can check if the image exists by using the following command.

It’s time to run the Redis container. We used the following command.

Redis Docker container is now running successfully on Raspberry PI. This is so exciting!

Time to run some checks if it is actually working. We can now start the redis cli using the following command

Let’s create and retrieve some keys in redis

You see the following responses. We can now run redis through the paces.

Our redis is working!!

There are various thing you can do to extend this small experiment. For example

This brings us to the end of this post. Hope you enjoy this post and is useful for you. Have a great year ahead!